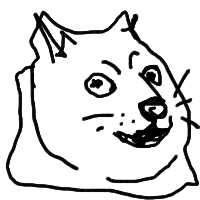 pls go to the web for the full experience! 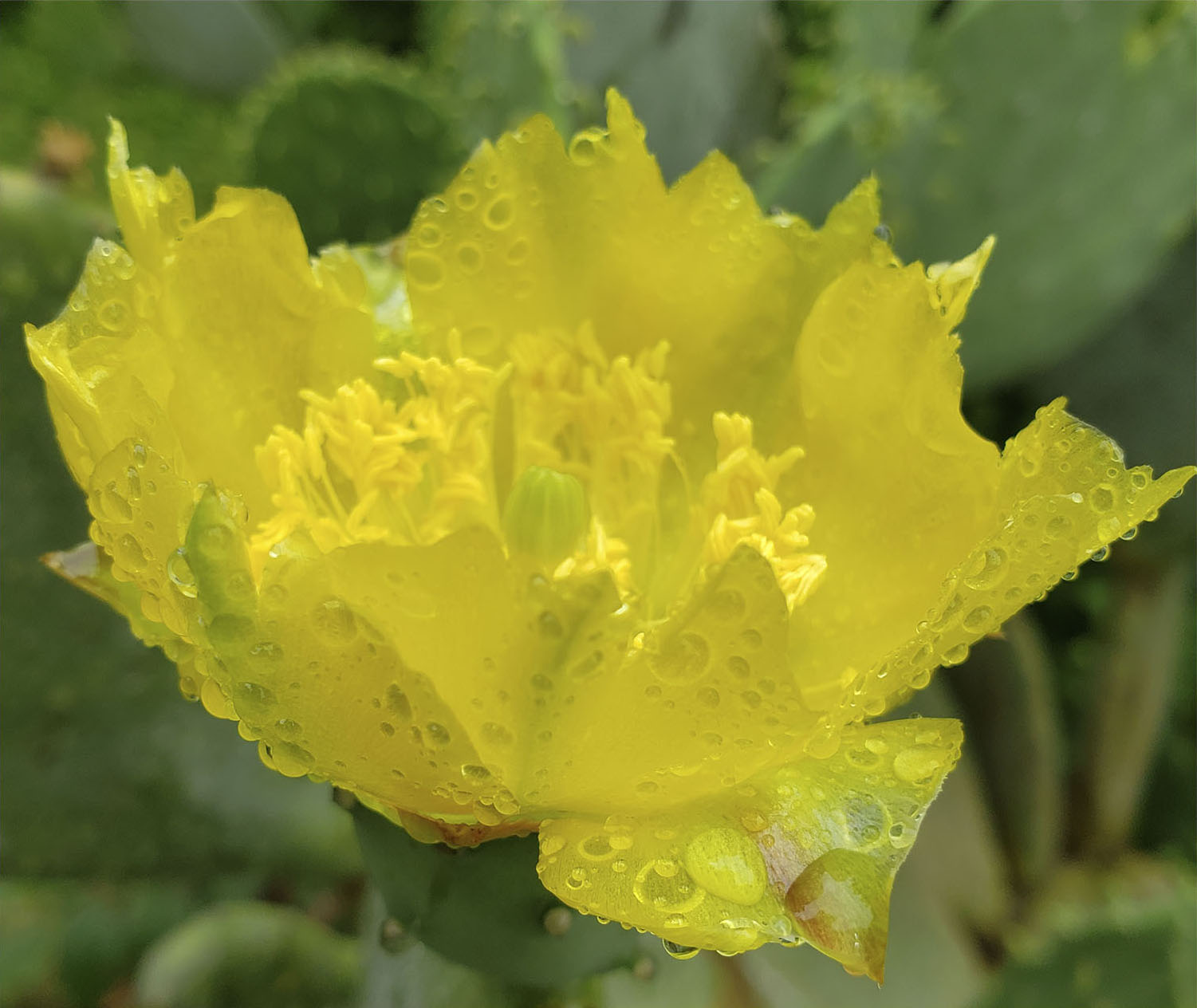 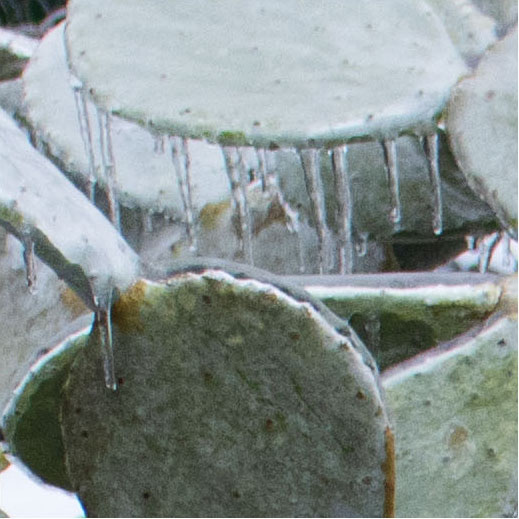 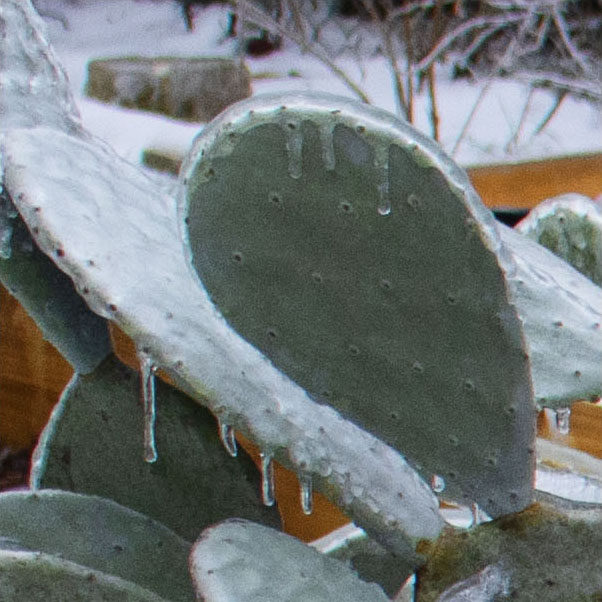 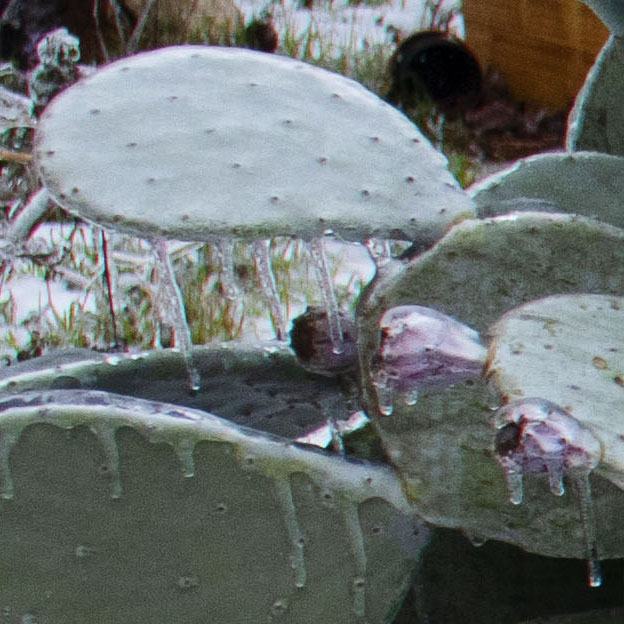 thaw + Resolve
itself into a dew

web garden log, february 15th: The city woke up to ice climbing the inside of windows, pipes burst and impassable snowy roads. Plant-life seemingly frozen in a state of shock. The anomaly of walking through a foot of snow in Texas started as an eerie, quiet fascination. Without knowing how long the blackouts would last, we strolled, we drank, and we pulled sleds behind trucks like madmen. Much later the event is postmarked as the "2021 texas power crisis" on wikipedia. The cacti that froze, wilted, and decayed into the concrete, have been replaced. There is something in a name alone that feels unable to encompass an event. To see it as a hyperlink feels more appropriate, an entry to a web of coverups, memes, and connections to the unfolding present. A name shouts out like a soliloquy from a lone actor. A web sees a paddle cactus blooming again in the spring. 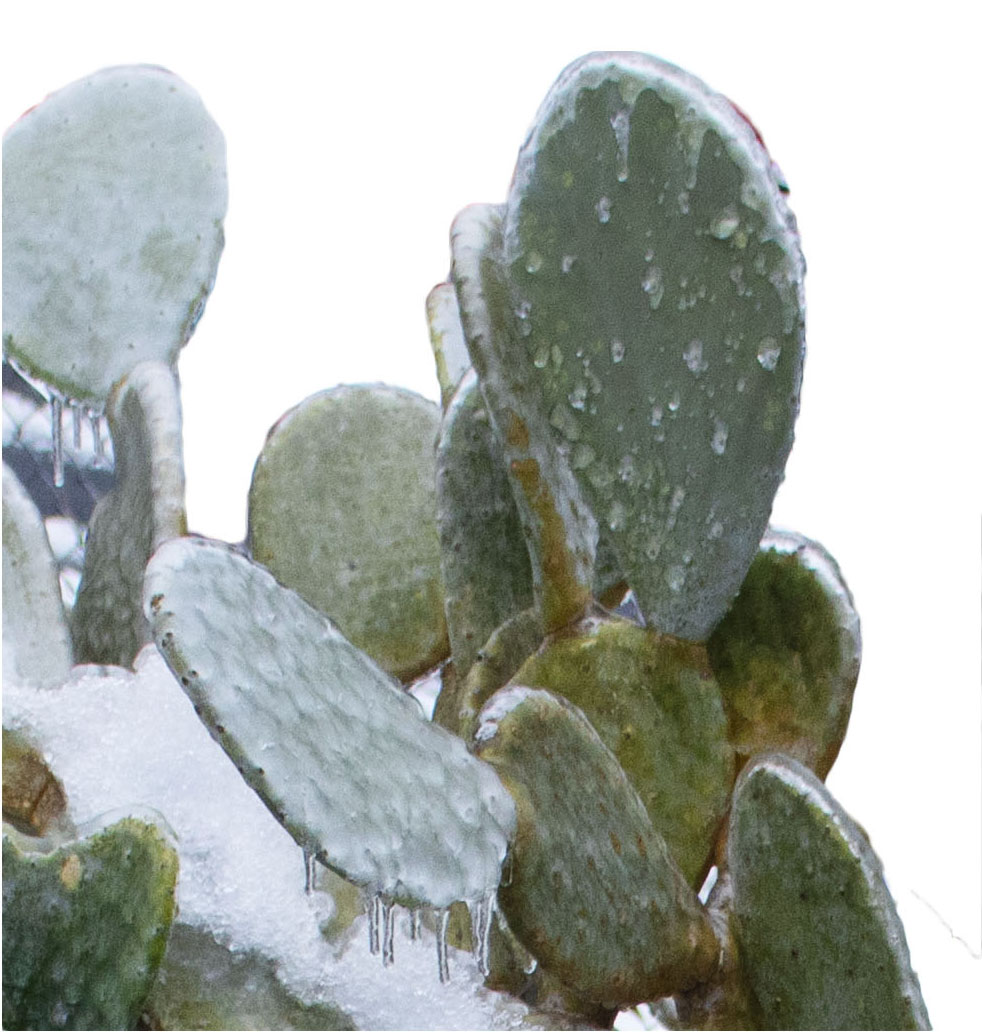 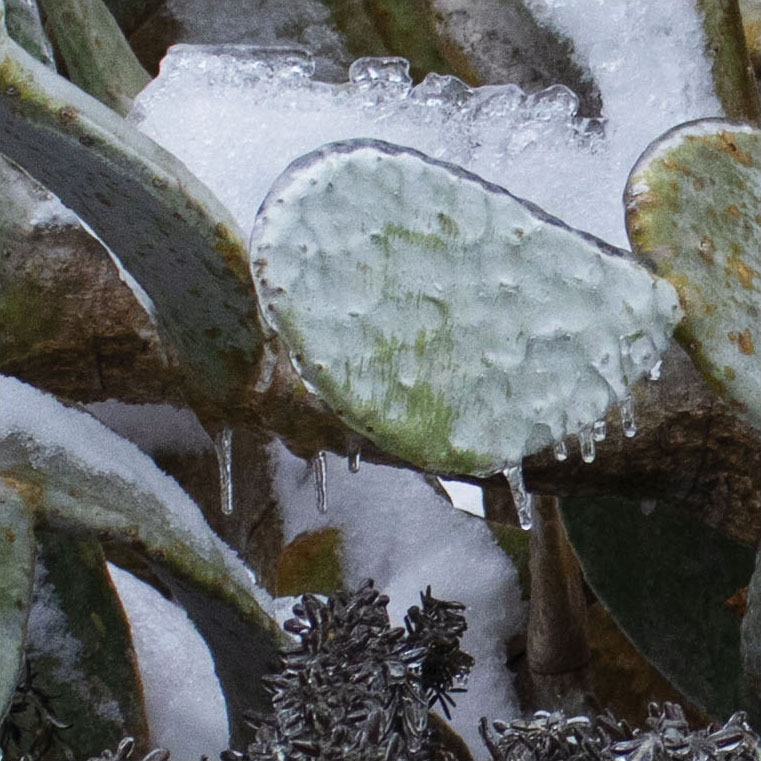 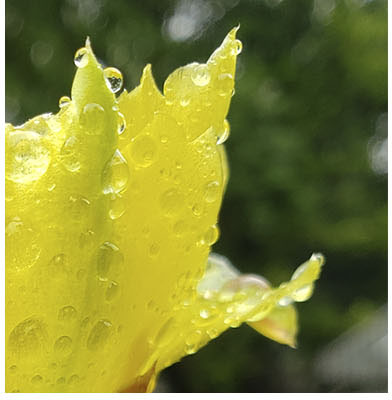 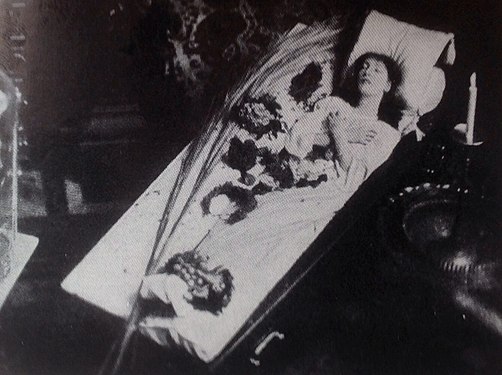 "Even so." "All the same." "Despite everything." "Nevertheless." "Against all odds." The so-called life long motto of late 1800's Actress and theater owner Sarah Bernhardt. In 1899 she became the first woman to play Hamlet on film (a roll that she cast herself in and first performed at the theater she owned). She shared the world with Oscar Wilde and the thinkers of the Romantic Age, which may be why her performances had a "touch of hysteria, perhaps even danger, in her willingness to expose her emotions, to impose them on her audience." (Gottlieb). This drama she lived out seems best embodied by the fact that she kept a coffin in her house that she occasional slept or studied her roles in. Goth af and absolutely too much (see: camp).

I can't decide why I love these pictures so much. From one pov it's a particularly enjoyable gender swap because this was done in a time where women showing emotion was most usually construed as hysterics. It takes patriarchal reverence for the classics and turns it on it's head. On another hand I definitely just like seeing women in period drama clothing sword-fighting. My appreciation for the play has gone from angsty teen dramatics to tongue and cheek camp catharsis. Dramatic irony is camp sort of, right? It parodies seriousness by demonstrating how it can go so awfully wrong, all the while the audience watches it unfold, unwillingly put in a position of suspension. It defies full seriousness. I think that's the draw of performative artful dramatics. Take the image of Sarah Bernhardt sleeping in a coffin, if she holds herself, suspended, between the weight of life and the absurdity of this parody of death, I think it inevitably becomes catharsis. The weightiness of actual trouble is mocked, it's becomes parody. Its a show. Oscar Wilde who at once believes and criticizes everything he writes, wrote in Dorian Grey, "Cannons of a society should... have the dignity of a ceremony, as well as its unreality, and should combine the insincere character of a romantic play with the wit and beauty that make such plays delightful to us. Is insincerity such a terrible thing?... It is merely a method by which we can multiply our personalities." 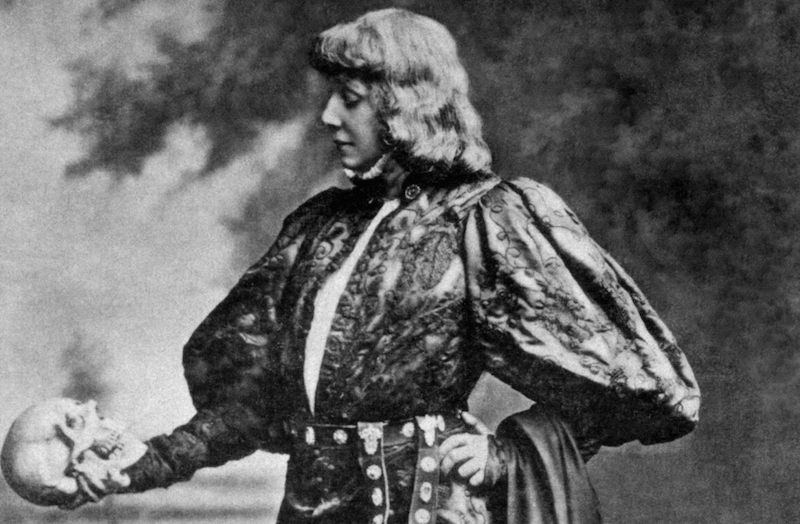 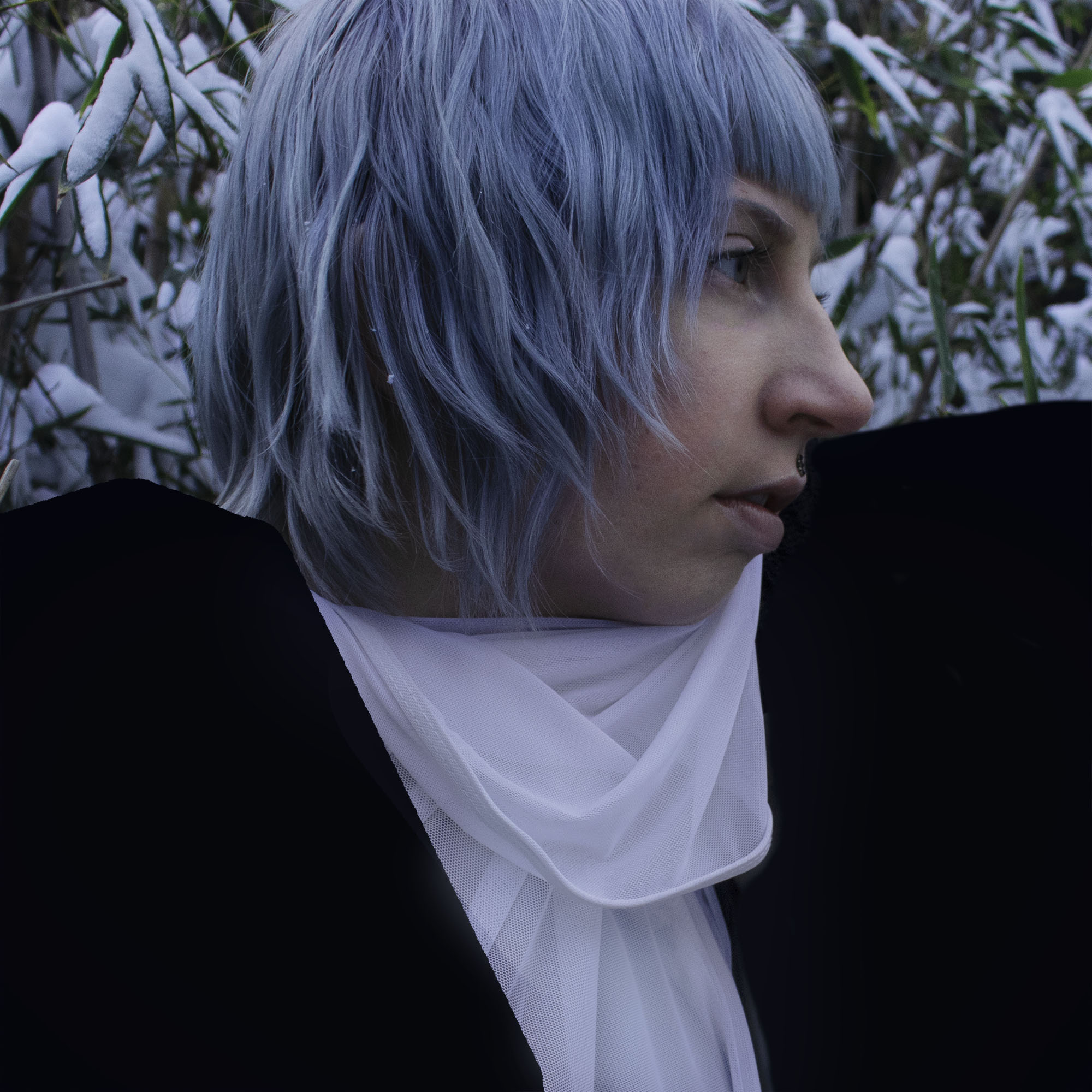 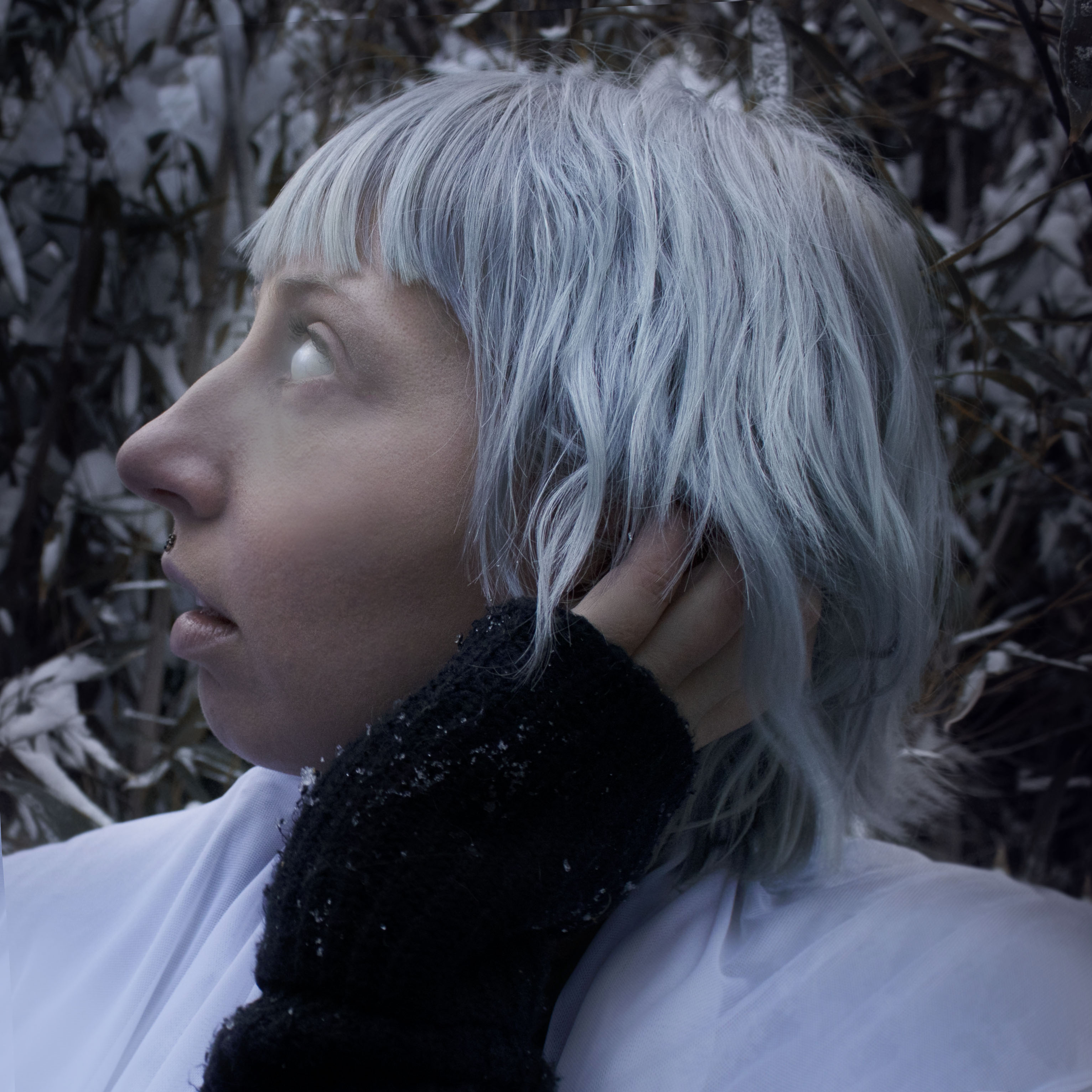 Camp involves a new, more complex
relation to 'the serious' One can be serious about
the frivolous, frivolous about the serious

This is it. A little web garden. Something in between personal essay, family website from the 90s, and art brut web blog. Taking it a little less seriously (can I be less serious?) in this paragraph. Pull up an imaginary chair, it's you and me in this little box.

I was going to write about camp, and reading Portrait of Dorian Grey during the freeze. But instead I'm just linking out. I'm not going to give you a better look at camp then Susan Sontag will: "camp as...Being-as-Playing-a-Role. It is the farthest extension, in sensibility, of the metaphor of life as theater."

Taking those pictures felt like theater. Creating a scene to pretend created a bit of agency over a situation in which I had none. So overly serious one just has to laugh a bit. (like am I holding my own face like a skull or what? really don't know)

Sooo, I don't know shit about how to fix these infrastructural problems, because the "2021 texas energy crisis" is not going to be a lone event. But this is an art piece/blog/webhole, not the place for those sort of answers.

But before spiraling into the oh-shit-everything-is-on-fire maybe Sarah-Bernhardt-it and lay in a coffin for a minute? OR whatever temporary identity is your drama. Smile secretly at the over-dramatics and maybe that humor will bleed new life and energy into other pursuits.